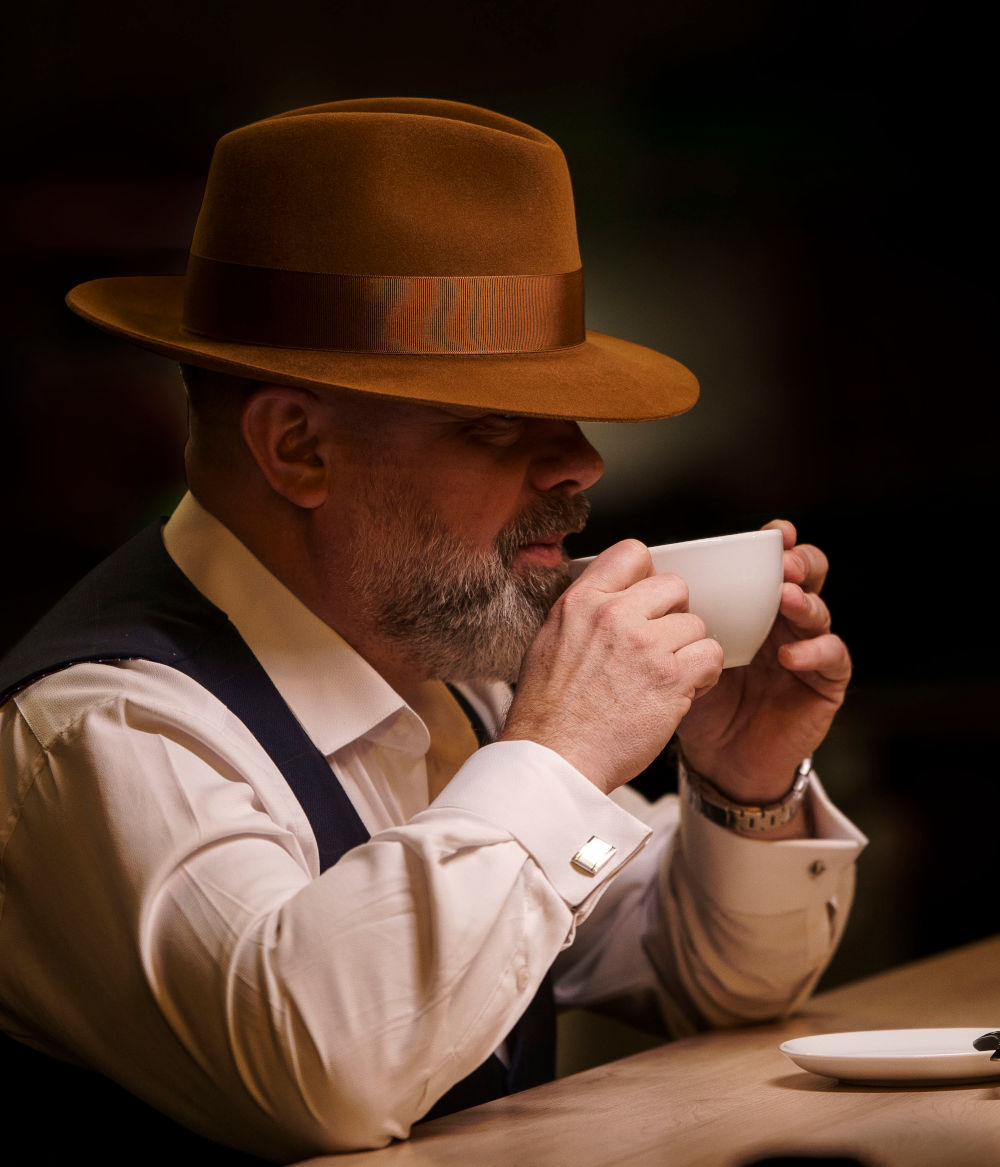 Before 1960, almost all men wore hats both in movies and in real life. The hat was an integral part of the outfit. With the hat, the man was complete, elegant, mysterious.

One of the best movies ever made is ” Casablanca”, starring Humphrey Bogart. The protagonist always wears a hat. With the fedora, the actor’s face disappears in the shadow of the hat’s brim when he slides the hat lower on his forehead. This allows him to avoid prying eyes, cover his face, hide away. The fedora hat became a kind of symbol and a part of the character’s personality. The motions of putting it on, adjustin its position, taking it off and putting it down are all of considerable importance. The way he does it, whether timidly or with confidence, indicates the character’s emotional state. He acts with his hat, highlights the important and the elusive.

Fedora hat in an adventure

Another timeless movie hero – „Indiana Jones” – wears a fedora hat. The protagonist is a scientist, but doesn’t want to sit in a dusty office at his university. He chooses the life of an explorer. In these adventures the fedora hat is his trusty companion, which transforms a boring scientist into a explorer of archaeological treasures. Perhaps surprisingly, Harrison Ford, playing the title role, is able to tolerate the heat in a thick hat. The fedora is such an integral part of this character that without the hat this character does not fully

exist. The hat is a symbol of magic, madness, but also stubbornness and intransigence in pursuing a goal. The fedora hat was the most popular choice among movie characters. In Polish cinema, Henryk Kwinto – the protagonist of Juliusz Machulski’s film „Vabank” – used to wear a fedora hat. The film is set in the 1930s, so the hat is a natural, everyday headwear for men.

The trilby hat became part of the outfit and all the aesthetic of the characters in the musical comedy „Blues Brothers”. The characters basically never take their hats off. Trilby hats, black suits and skinny ties rose to become a canon of fashion for a moment there, which admittedly ended quickly, but became enshrined in the canons of fashion inspired by the movie. The trilby hat trend turned it into it a part of the outfit that makes the whole look.

The mark of a western – the cowboy hat

Another example of a movie genre where the hat plays an 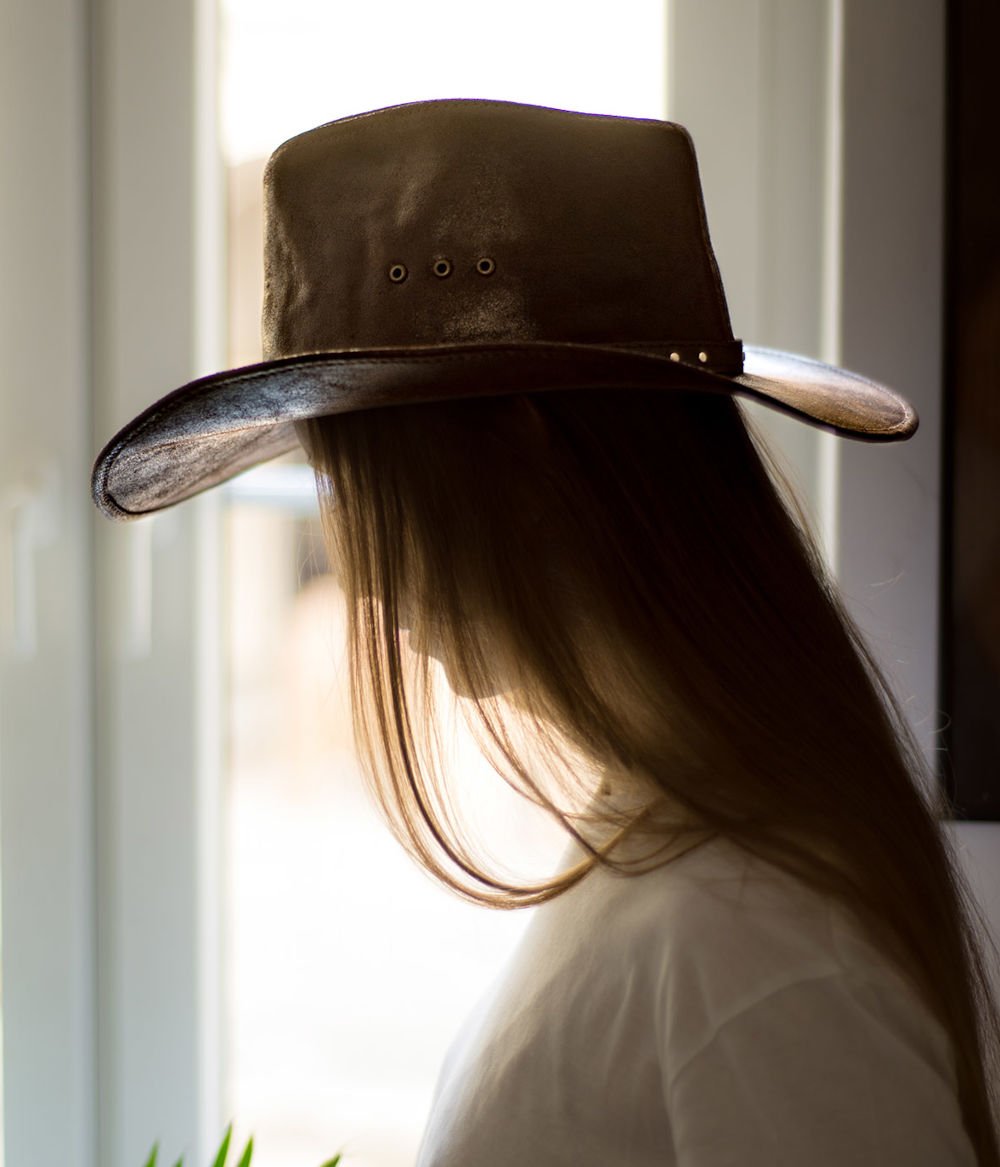 important role is the western and the cowboy hat. We all remember Will Kane from the movie „High Noon,” played by Gary Cooper. Sheriff Kane is an elegant man, unlike the scruffy Chance . His hat may not be a typical cowboy hat, but thanks to the turned-down brim it’s definitely in tune with the western vibe. The sheriff is a sharp dresser and pays attention to clothing and its aesthetics. Cowboy hats of western movies are made of leather, they look heavily worn, rumpled, rugged. The whole thing makes for a characteristic costume that fits the Wild West and hot prairie vibe. No true enthusiast of western movies can imagine the protagonist without the distinctive cowboy hat.